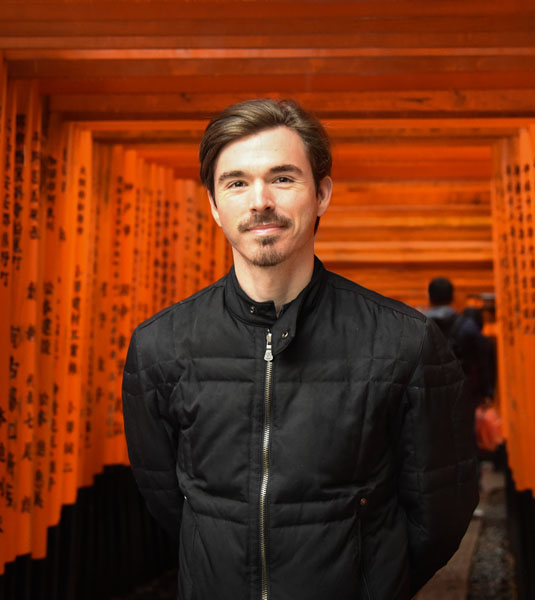 David Lazar is a travel photographer from Brisbane, Australia, who captures moments of life, culture and beauty through photography. He is drawn to locations which have a rich cultural background steeped in tradition and is especially interested in portrait photography.

David is a contributor to photography, travel and in-flight magazines, as well as newspapers, books and journals such as National Geographic, Asian Geographic and Lonely Planet. In 2014 he was awarded Best Culture Photographer by Garuda Airways. He was the 2012 Smithsonian Photography Contest winner in the travel category. In 2015, the inspirational book ‘Who Will I Become’ was released by the Growing Leaders Foundation, showcasing David’s photography from Trinidad and Tobago. He has also published a coffee table book of his work from Myanmar entitled ‘Myanmar A Luminous Journey’ which is now available for purchase worldwide, including at the Yangon International Airport. A copy is also featured in every room of the new 5 star Rosewood Hotel in Yangon, Myanmar.

David continues to work as a photography tour leader since the last seven years for the company Luminous Journeys and conducts photo tours and workshops over nine different countries in South Asia. He has been descried as “one of the best photo tour leaders you’ll ever meet, with a fun and engaging style combined with great generosity of spirit.”

David was once again a member of the Jury Panel for the acclaimed 2018 Siena International Photo Awards (SIPA), and is also a judge for the 2018 Urban Photographer of the Year Awards and Metro Photo Challenge.

David has been a travel photographer since 2004, the year in which he spent three months in Thailand, India and Nepal. He has continued to travel frequently to countries in South Asia, Africa and parts of Central and South America. When not travelling and photographing, David, who holds a Master of Music in film composition works as a composer of music, and a teacher and performer of piano.